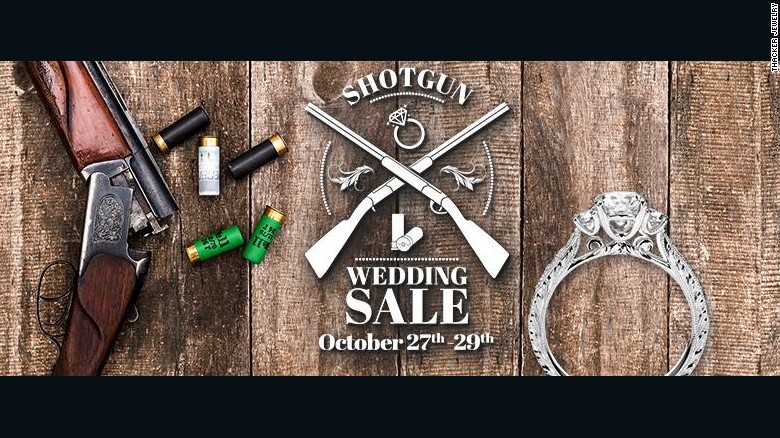 One Texas jewelry store is carrying the “shotgun wedding” to new heights.

For the third year in a row, Lubbock’s Thacker Jewelry is offering its three-day “Shotgun Wedding Sale” in which every purchase of an engagement ring also earns a gift certificate for a shotgun or rifle from a local gun store.

This year’s event, which runs from October 27-29,  promises to be an even bigger success than last year, when Thacker sold 35 rings during the promotion.

“We’re already getting four times the response we had last year,” said Joe Thacker, owner of the jewelry store, in an interview with a local TV station. He went on to say he has had little opposition to his promotion. This is Texas, after all.

Do you think the new brides-to-be will have to agree to a honeymoon in the duck blind?